The Selby Show at colette will be up from March 30th until May 2nd 2009.
It will include paintings, photos and written interviews with people form around the world including los angeles, new york, mexico, london, sydney and paris.

The Selby Paris book is being produced for colette and will be released April 2009 at the opening of The Selby Paris show.
It includes watercolor paintings and photographs of all the people that were photographed in Paris for the show, many of which have not been seen on The Selby website.
This book is limited to 250 copies. The spines of each book are hand painted red white and blue. All the books are signed and numbered by The Selby.

The Selby Store Pop Up Shop at colette will feature clothing, artwork, books, objects and prized possessions for sale from many of the people that have appeared on The Selby website. 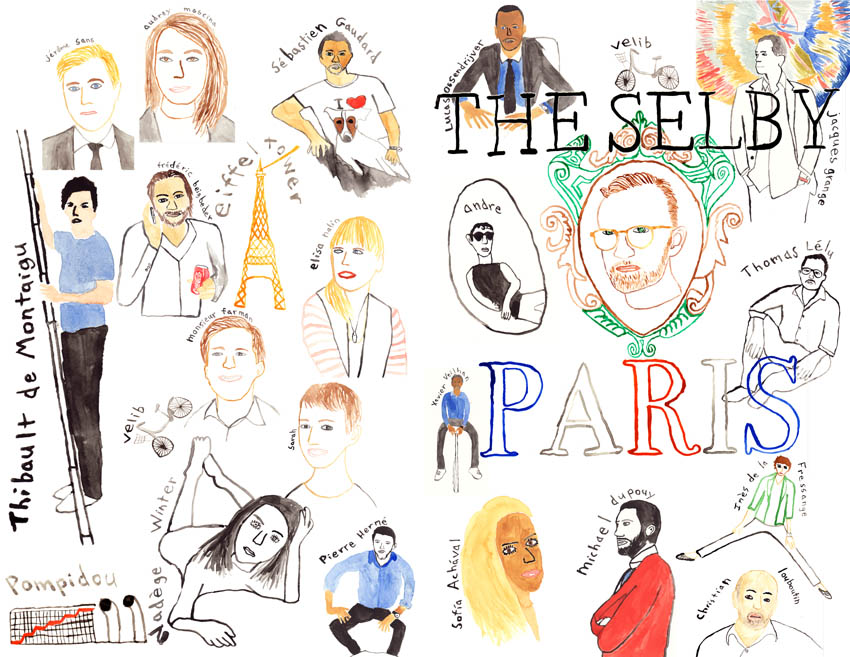 Andre Walker – Stylist and Consultant at home in Brooklyn